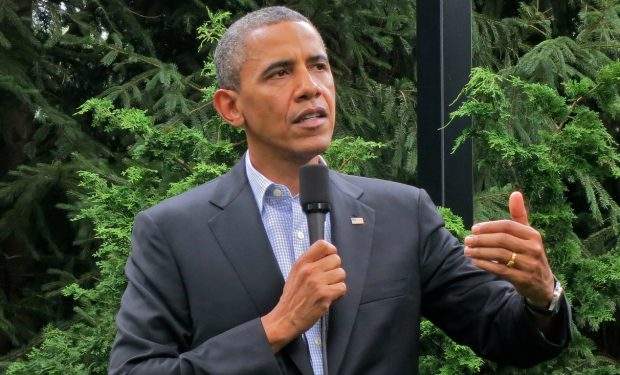 Former US president Barack Obama has been showing up for Democratic candidates in 2022. Most recently, Obama worked closely with his former White House partner Joe Biden to get out the vote for November’s midterm elections, delivering surprisingly strong results for Democrats.

Now with the Senate majority on the line in a Georgia runoff between G.O.P. challenger Herschel Walker and Democratic incumbent Raphael Warnock, Obama has turned the volume of his campaign voice from 10 up to 11.

In Georgia on Thursday, Obama posted an encomium that praised the “hard-working, God-fearing” Warnock in the strongest terms.

“Reverend Raphael Warnock is a hard-working, God-fearing, community-serving leader,” Obama wrote, “who tells the truth, sticks to his word, and treats everybody with decency and respect. He’ll keep making Georgia proud in the Senate.”

That gives Warnock the backing of two Oval Office veterans, Obama and Biden, while Walker’s support from the former president whose backing he counts on, Donald Trump, has been orchestrated from a distance.

Trump’s “decision to steer clear of Georgia during the final stretch of the runoff contrasts with [his] approach two years ago when he held two large rallies before the two Senate runoffs in Georgia,” writes Michael C. Bender in the New York Times.

I’m back in Georgia to deliver a simple message: Vote to re-elect @ReverendWarnock. Tune in: https://t.co/iX3Twsy1nr