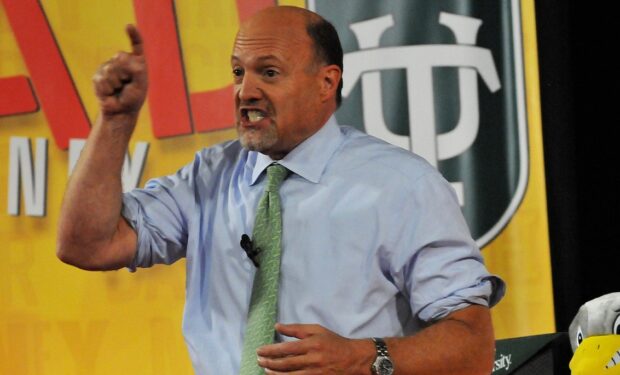 Finance talking head Jim Cramer is in the prognostication business. Humans are famously bad at this. Otherwise Nostradamus wouldn’t still be so famous. After all, he lived 500 years ago!

So Cramer is going to get some things wrong — lots of things, in fact. But that comes with the territory. Also, especially because Cramer delivers his predictions with such a salesman’s certainty and horn-honking passion, those predictions tend to sit in the air like hanging curve balls, waiting for reality to swat them.

Sometimes, though, reality brings such a big bat that Cramer is chastened. And that is a far cry, so to speak, from his customary demeanor.

Such a moment occurred this week, as Cramer emotionally admitted he’d been duped by the metaverse and therefore wrong on Meta’s market value. His apology drew a lot of attention. See here:

.@jimcramer: I was wrong to trust $META

Many were reminded of another moment when it seemed Cramer had reached a personal nadir, giving his assurance that “Bear Stearns is fine!” during the financial crisis of 2008. Here is that moment, just before Bear Stearns shares shed 90% of their value.

Back then, even comedian Jon Stewart took Cramer to task for being irresponsible with his advice. Cramer’s response was as it had to be: he is an entertainer, there’s a “market” for it; the viewers are responsible for making their own decisions.