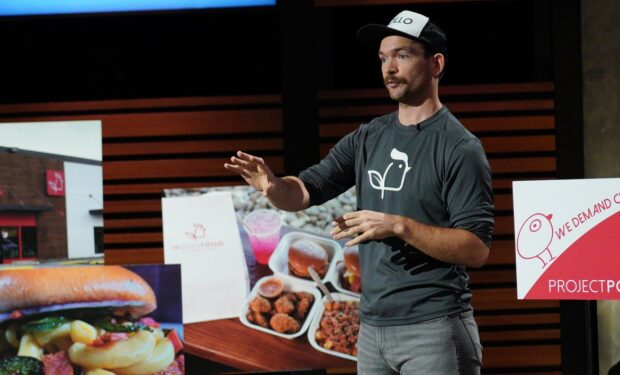 Former McDonald’s CEO Steve Easterbrook led the brand — globally synonymous with hamburgers — for four years that saw many operational changes. But the change in 2017 where McDonald’s switched to fresh beef from frozen was among the most impactful for the brand.

Now the man who authored that dramatic change is interested in a potentially much bigger food innovation. Easterbrook is investing in plant-based foods.

Having already invested in the UK-based Clean Kitchen Club, which is “bringing plant-based food to the mainstream,” Easterbrook has also invested in a Shark Tank castoff called Project Pollo. But before you get fooled by the name, no chickens are harmed in the production of the food for Project Pollo’s restaurants.

Project Pollo CEO and founder Lucas Bradbury couldn’t get O’Leary or Mark Cuban and company in on the deal, either because of the high valuation or because they feared his speed of expansion. But Easterbrook, it’s safe to say, knows this sector better than any Shark Tank investor — after all, he was CEO of McDONALD’S!

Easterbook said in a statement: “By taking the opportunity to partner with some emerging leaders like Project Pollo, we are able to learn from global experiences and relate that to real-time solutions for the brand.” Seems like Project Pollo got their perfect Shark in the long run.