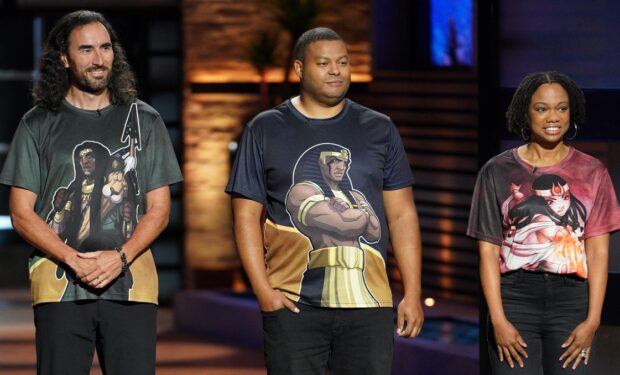 In addition to publishing comics and graphic novels, Black Sands also has its own animation studio which touts employing “many veterans from Disney and Pixar.”

They Black Sands team has the good fortune of pitching in front of Mark Cuban and guest Shark, Hollywood movie star Kevin Hart who gets animated during their pitch.