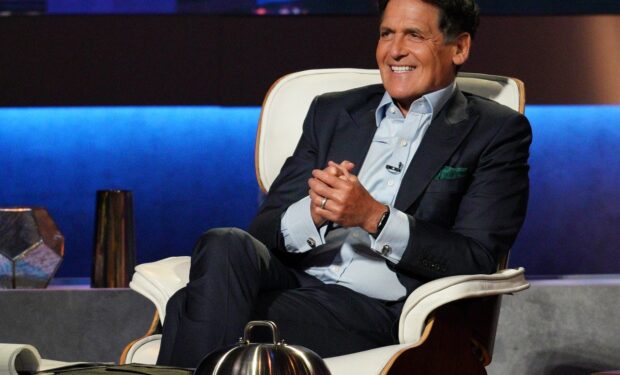 On Season 13 of Shark Tank, an entrepreneur from Rochester, Michigan, Nezar Akeel, introduces his innovative fitness system MaxPro. The cable gym is designed with on-the-go simplicity that will help you stick with your workouts.

During his pitch, Nezar gets billionaire, NBA Dallas Mavericks owner Mark Cuban to test the product and Cuban’s strength! Check out the photo above of Cuban, flexing his muscles while tugging on those cables.

MaxPro already has NBA legend Shaquille O’Neal as a spokesperson. As seen above, the big man isn’t exactly flexing his muscles in the sleeveless ad but that winning smile has sold a lot products over the years!