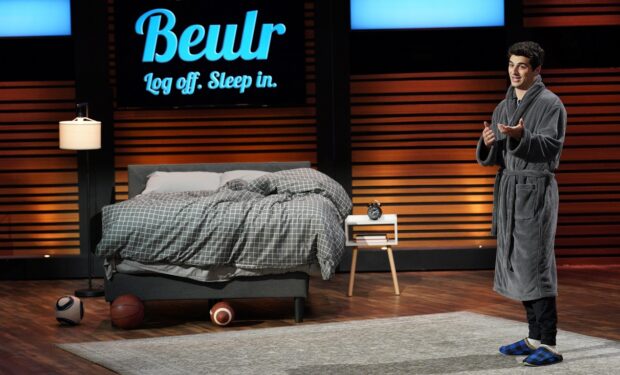 On Season 13 of Shark Tank, tech savvy entrepreneur Peter Solimine from New Rochelle, New York, pitches Beulr, a service that’s described by ABC as “an unconventional way to avoid early morning meetings.” The Beulr bot automatically joins and attends your online meetings for you. The name Beulr is a reference to the movie character Ferris Bueller (Matthew Broderick) of Ferris Bueller’s Day Off, who famously created elaborate schemes to skip school.

Peter has the good fortune of pitching his business idea in front of tech guru billionaire Mark Cuban. Although we’re not sure how Cuban’s going to feel about investing in a business that promotes slacking off, he might find another more productive use for the technology.