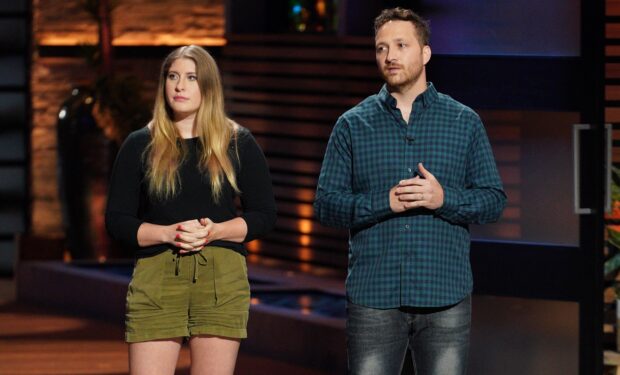 On Season 13 of Shark Tank, entrepreneurs Ellen Hodges and Omayya Atout of Chattanooga, Tennessee pitch their business, Songlorious. With a team of songwriters and musicians, Songlorious creates personalized, studio-quality songs for clients. Check out a sample below, it’s a song about “catching on fire.”

The musical duo have the good fortune of pitching in front of Kevin “Mr. Wonderful” O’Leary who considers himself a music aficionado. Check out his electric guitar video below. Plus, Songlorious could be a great fit with his gift registry and wedding business portfolio including Honeyfund.

O’Leary famously offered $1 million to Voyage Air Guitar, a foldable guitar company that was pitched on Season 1 of Shark Tank. When the offered wasn’t accepted, O’Leary yelled, “You’re your own worst enemy!”

O’Leary also sings and gets paid for it! He says Cameo is his side hustle: he charges $1200 a video of him singing.