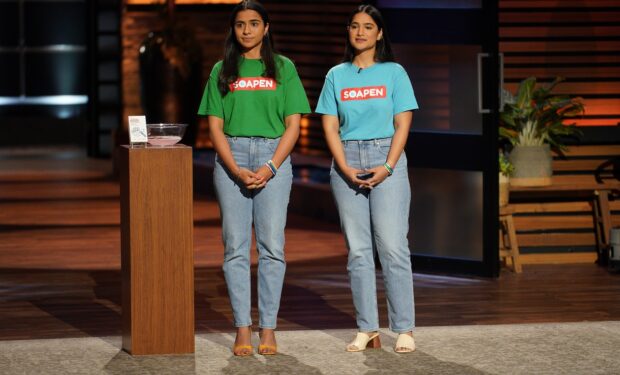 SoaPen looks like a pen and acts like one, too! Kids draw on their hands and when rubbed under warm water for 20 to 40 seconds, the drawing lathers and washes off.

Amanat and Shubham have the good fortune of pitching SoaPen in front of Lori Greiner and Robert Herjavec who volunteer to try the product on the famous Shark Tank stage.

Plus, both Sharks have invested in cleaning products before including Suds2Go, a portable handwashing system (Robert invested $200,000) and Grip Clean, the all-natural industrial hand soap to remove grease, that was invented by X-Games biker Bryce Hudson. (Lori invested $85,000).