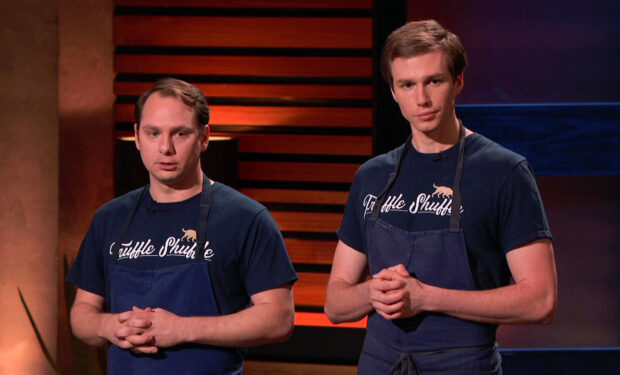 The two California chefs went into the Tank seeking an investment of $500,000 for five percent equity. They left with a deal with billionaire Mark Cuban: $501,000 for 18 percent.

After filming Shark Tank (it initially aired in Sprng 2021), Mark Cuban made the video below for Jason’s mom. (Swipe to see her video, which Mark is reacting to.) “I’m so excited I did the deal. I’m gonna help them make you even prouder, if that’s even possible.” He added, “We’re gonna dominate.”