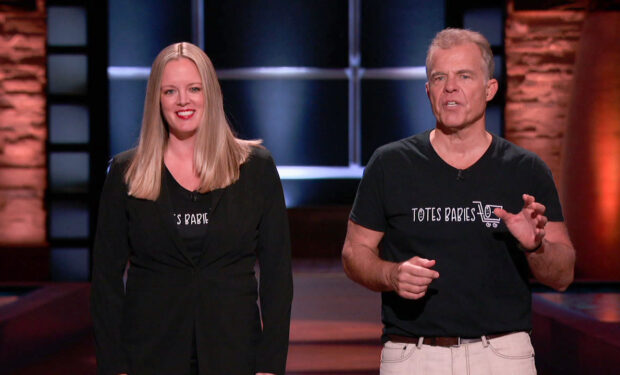 On Season 12 of Shark Tank, entrepreneur Lindsey Fleischhauer and her dad Stanley Valiulis pitched Totes Babies, a baby car seat carrier designed for shopping carts. Lindsey and Stanley went into the Tank seeking an investment of $100,000 in exchange for ten percent equity.

The father/daughter duo had the good fortune of pitching in front of Lori Greiner who invested $200,000 in TushBaby, an ergonomically designed baby carrier that’s worn on the hip.

They accepted an offer from Lori who said she wanted to pursue a licensing deal: $100,000 for 25 percent equity.

After the Totes Babies Shark Tank episode originally aired in March 2021, the company continues to receive 5-star reviews including: “Bonus: you don’t have to wake a sleeping baby this way. It is super easy to install even one handed and fits any buggy.”