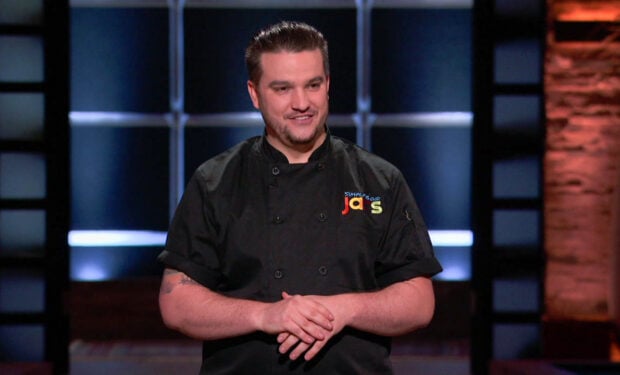 Chef Jared Cannon of Philadelphia, Pennsylvania pitched his pre-packaged salad company Simply Good Jars on Season 12 of Shark Tank. Just shake the jar and eat right out of the jar, which (when you’re done) can be returned and reused. Not only is the company eco-friendly but socially conscientious too: for every jar returned, one meal is donated to someone in need.

Chef Jared went into the Tank seeking an investment of $500,000 in exchange for seven percent equity. He left with a deal with billionaire Mark Cuban and the Queen of QVC Lori Greiner: $500,000 for ten percent equity.

Since the Simply Good Jars Shark Tank originally aired in March 2021, the brand been creating more partnerships with retailers including Pennsylvania’s Rutter’s and expanding its reach at 7-Eleven stores across New York City, Long Island, and Brooklyn. Jared is also raking in the accolades: he was including in the 2021 Philadelphia Business Journal’s 40 Under 40 list, among others.