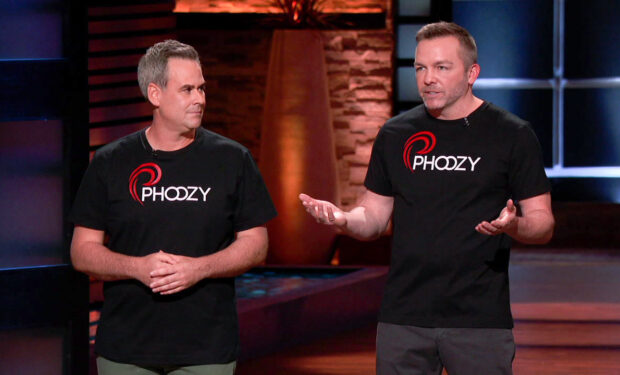 Phoozy is a line of thermal protective phone cases made from NASA space suit material. The cases (made for laptops and tablets too) protect a device from extreme heat and cold and are “sink proof” and “drop proof.” The two founders of Phoozy, Kevin Conway and Josh Inglis, pitched their business on Season 12 of Shark Tank. They went into the Tank seeking an investment of $500,000 in exchange for ten percent equity.

They left with a deal from two Sharks. Lori Greiner and Robert Herjavec each agreed to invest $500k each for four percent each with a $1.50 royalty per unit until their recouped their $1 million.

After the Phoozy Shark Tank episode originally aired in March 2021, the products continue to get 5-star reviews on Amazon. One customer reported: “I have left my phone on the side of out pool in direct sunlight for over 4 hours and my phone was barely hot. Kids dropped it in the water and my phone stayed dry.”