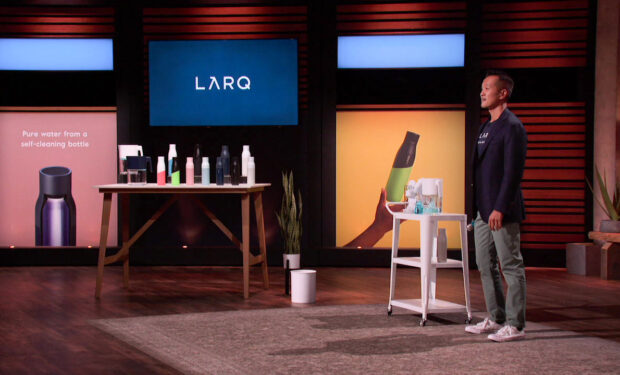 On Season 12 of Shark Tank, entrepreneur Justin Wang pitched his stainless steel, self-cleaning water bottle, LARQ. The product is built with UV-C LED technology that sanitizes water and cleans the inside of the bottle “by neutralizing odor-causing bacteria and viruses.” Justin went into the Tank seeking an investment of $500,000 for one percent equity.

Justin had the good fortune of pitching LARQ in front of Lori Greiner who invested $75,000 in Bottle Bright, an effervescent tablet designed to clean reusable water bottles.

After the Larq Shark Tank episode originally aired in Spring 2021, the company reportedly raised another $10 million. And in July, Larq partnered with 3x NBA champion Daymond Green — see below.