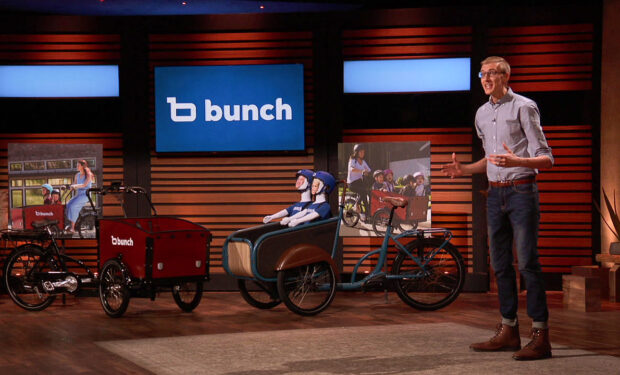 On Season 12 of Shark Tank, Texas entrepreneur Aaron Powell pitched Bunch Bikes, a line of electric bikes (e-cargo trikes) that come with a built-in basket to tote kids and pets in front. On the show, he reached a deal with New York City real estate maven Barbara Corcoran who invested $100,000 with a $150,000 line of credit in exchange for 15 percent equity.

After the Bunch Bikes Shark Tank episode originally aired in March 2021, Robert Herjavec (who was not on the panel that night) – had bought a Bunch Bike before seeing it on Shark Tank – approached Aaron about splitting the $250,000 investment with Barbara. Bunch Bikes refers to the interest as a “PLOT TWIST!” Robert says it’s “the first time a deal has been done by a shark NOT on the panel!”