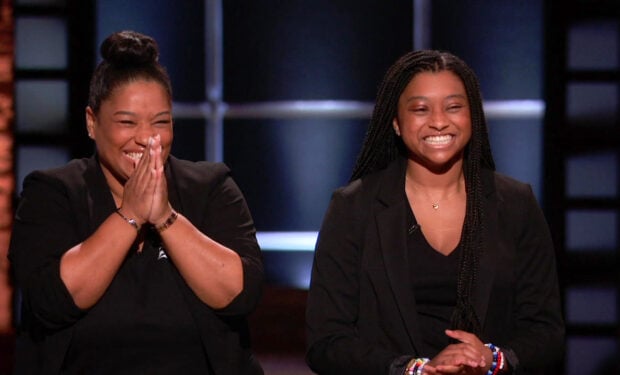 On Season 12 of Shark Tank, 17-year-old entrepreneur Tyla-Simone Crayton and her mom Monique Crayton from Houston, Texas pitched their line of Sienna Sauce. All three flavors of Sienna Sauce (Sweet, Tangy, Lemon Pepper) are gluten-free and do not contain high fructose corn syrup. They have an ideal consistency that’s “not as thick as a bbq sauce and not as thin as a marinade.”

The Craytons went into the Tank seeking an investment of $100,000 in exchange for ten percent equity. They had the good fortune of pitching in front of guest Shark Kendra Scott, who offered them $100,000 for 20 percent. Tyla and Monique accepted.

Since the Shark Tank episode initially aired in February 2021, Sienna Sauces continues to get 5-star reviews on Amazon where customers are leaving comments including “Each bottle has its own great flavor. Will definitely order again. Great flavor for all meats.”

Tyla is also working on a new flavor, Smoke, which she says in the TikTok video above is coming out soon! Looks good on that steak sandwich!