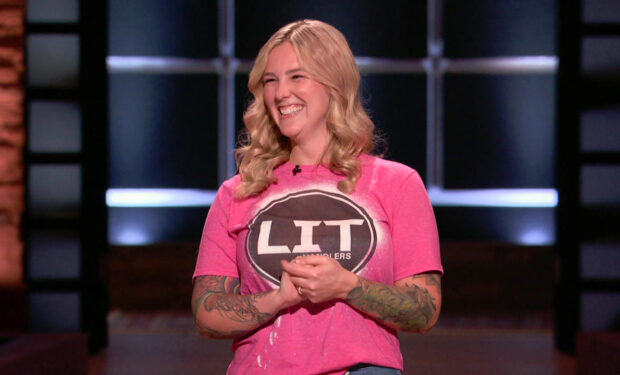 On the Season 12 finale of Shark Tank, entrepreneur Destiny Padgett from Buna, Texas “shocks the Sharks” with the big sales of her beverage can coolers, LIT Handlers. The individual coolers come with a convenient handle for easy holding. She even makes pint-size LIT Handlers for those times where you want to eat ice cream (or peanut butter) all by yourself.

Destiny has the good fortune of pitching in front of billionaire Mark Cuban, who invested in beverage coolers companies including Beer Blizzard, among others.

But don’t count out Daymond John. He recently invested in DraftTop, an opener designed “to turn any aluminum can of beer into a draft beer experience; BevBoy, the koozie that floats in water, and in Guzzle Buddy, a wine glass that screws into an opened bottle of wine for easy consumption.