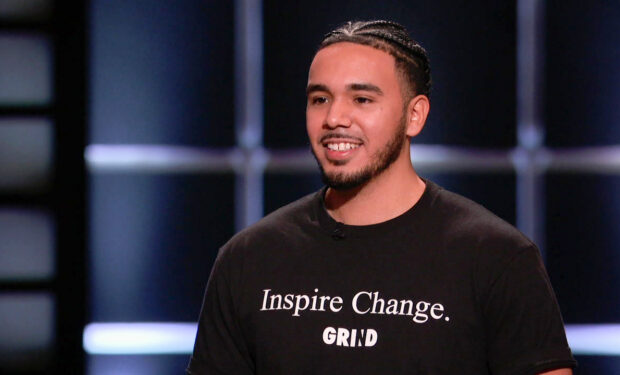 On Season 12 of Shark Tank, former high school basketball star turned entrepreneur Thomas Fields of Houston, Texas, pitches his portable basketball shooting machine that folds into a duffel bag, GRIND. The 12-foot net put around the rim forces players to put more of an arc on their shot which “translates into a higher percentage of made shots and muscle memory.” Plus, it grabs the rebounds.