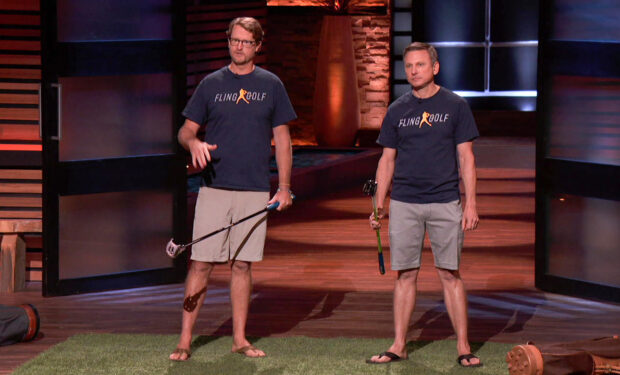 On Season 12 of Shark Tank, two entrepreneurs from Ipswitch, Massachusetts, John Pruellage and Alex Van Alen, “believe they’ve hit a hole-in-one with their natural and fun alternative to a traditional sport.” Their business, FlingGolf, is described as “a natural, fun and, athletic alternative to traditional golf. You play on golf courses alongside golfers. Grip it and rip it with a FlingStick — “one works for every shot.”

John and Alex have the good fortune of pitching in front of billionaire Mark Cuban who invested $300,000 in GolfKicks and $600,000 in fantasy sports company Trophy Smack, which could spin-off a whole new line of trophies for FlingGolf champions!