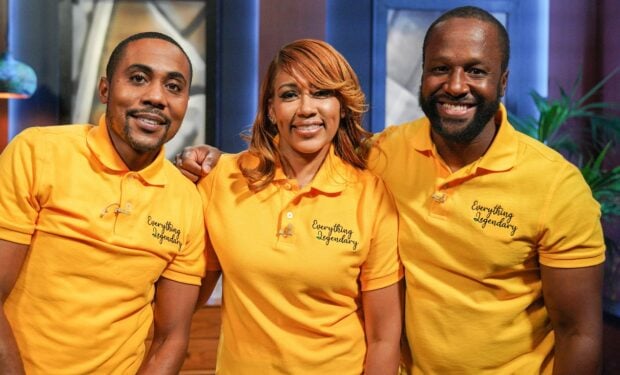 On Season 12 of Shark Tank, three entrepreneurs from Hyattsville, Maryland – Jumoke Jackson, Danita Claytor and Duane Cheers – pitched their plant-based, soy-free, gluten-free burger business Everything Legendary. They went into the Tank seeking an investment of $300,000 for ten percent equity.

They left with an investment of $300,000 (for 22 percent) from billionaire Mark Cuban, who has recently invested in several vegan food businesses including Mrs. Goldfarb’s Unreal Deli vegan corned beef, and Wanna Date vegan spreads, among others.

Since appearing on Shark Tank, Everything Legendary continues to grind and is getting its foot in the door of major retailers (Target — now in 310 stores across 13 states) and venues (the Washington NFL team’s FedEx stadium, see above).