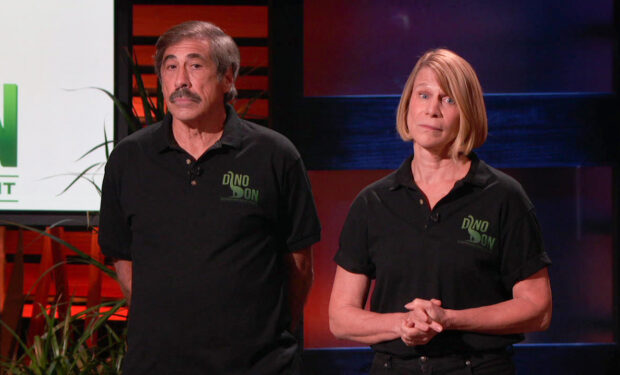 On the Season 12 finale of Shark Tank, a husband and wife team from Media, Pennsylvania, Don Lessem and Val Jones, “wow the Sharks with the biggest product ever brought to the tank… life sized, scientifically accurate animatronic dinosaurs.” The Dino Don company is promoted as “the world’s leading manufacturer of scientifically accurate full-sized robotic animals for sale and exhibition rental.”

Don and Val have the good fortune of pitching in front of billionaire Mark Cuban who has invested in a number of “experiential” entertainment companies including Extreme Sandbox, where customers can ride around in heavy machinery, and Ten Thirty One Productions, the company known for its Haunted Hayrides, among others.