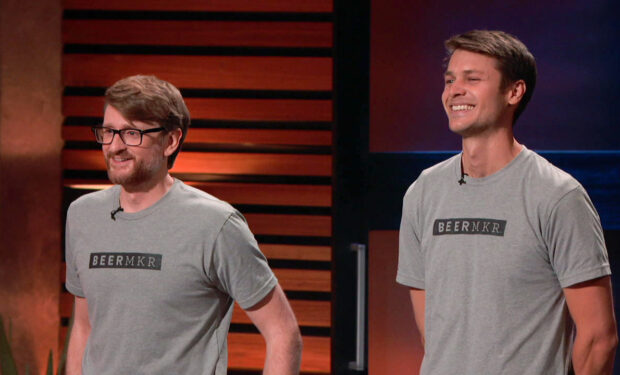 On Season 12 of Shark Tank, entrepreneurs Aaron Walls and Brett Vegas from Boulder, Colorado think they have a good idea brewing with their all-in-one beer making device, BEERMKR. It’s being marketed as “the world’s first automatic beer-brewing machine” and it can make over a gallon of craft beer in a week’s time.

They have the good fortune of pitching in front of billionaire Mark Cuban who has invested in several beer companies.