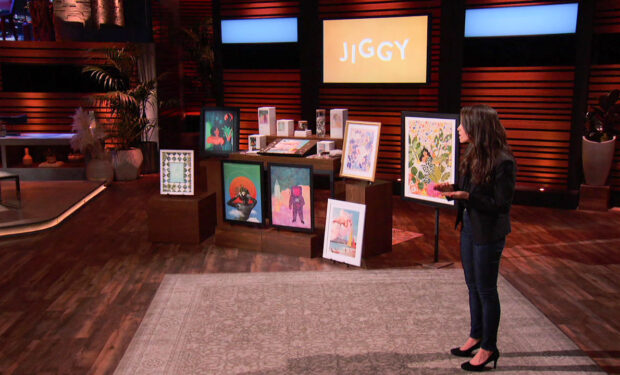 On Season 12 of Shark Tank, an entrepreneur from New York City, Kaylin Marcotte, shows she has all the right pieces for a good business with her new way to experience art. She goes into the Tank seeking an investment for her company Jiggy, which turns paintings created by female artists into jigsaw puzzles that are “worth framing.” Individual puzzles are available for purchase, or you can subscribe for a monthly delivery.

Kaylin has the good fortune of pitching in front of Lori Greiner — not because she’s the only female Shark in the room during her pitch but because Lori has invested in the puzzle/game industry and found success in products including Pricetitution.

But don’t count out male investors Robert Herjavec and Kevin O’Leary. They both like the subscription business model and both vied to invest $200,000 in Monti Kids, the Montessori-influenced educational toys and games delivered to parents to use at home with their preschool children. (O’Leary won the bidding war.) O’Leary also invested $500,000 in the Wine & Design franchise.