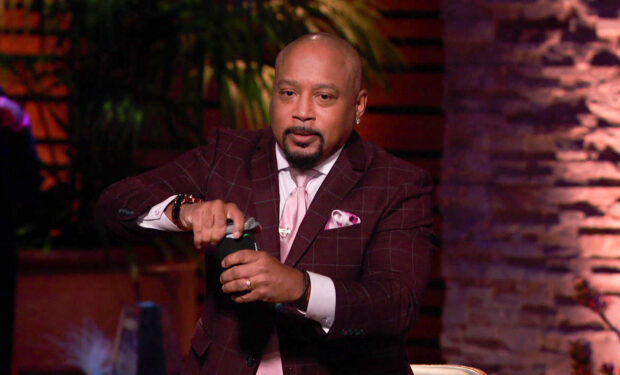 Daymond John during the DraftTop pitch on Shark Tank (ABC)

The two Jersey guys went into the Tank seeking an investment of $300,000 in exchange for 10 percent equity for their patented can opener.

Patrick and Armand had the good fortune of pitching in front of Daymond John, who invested $50,000 in the koozie that floats in water BevBoy, and $400,000 in Guzzle Buddy, a wine glass (and beer glass!) that screws into an opened bottle of wine for easy consumption.

Since the Shark Tank episode originally aired, Draft Top reported in March 2021 that their first ever drop sold out — and they’re promising customers “more color drops in the future.”