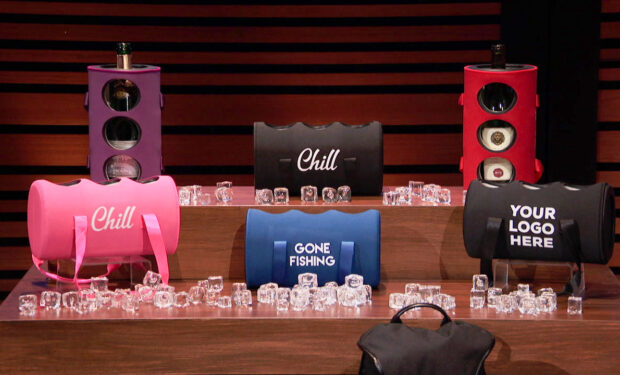 On Season 12 of Shark Tank, two entrepreneurs from Los Angeles, California, Chase Mitchel and Brian Bloch, pitch their portable cooler aptly named Chill. Kept in the freezer, one Chill (which is designed with a built-in freezing gel) can hold and carry one bottle of wine (on its side) or three cans/bottles of soda or beer, and keep it cool for up to six hours.

Chase and Brian have the good fortune of pitching in front of Mark Cuban and Lori Greiner, both of whom invested $1 million in BottleKeeper, the patented neoprene-lined, stainless steel bottle that keeps a beer bottle cold for a long time.

Put don’t count out Kevin “Mr. Wonderful” O’Leary who invested in the Liddup cooler and helped the brand get a deal with Igloo.