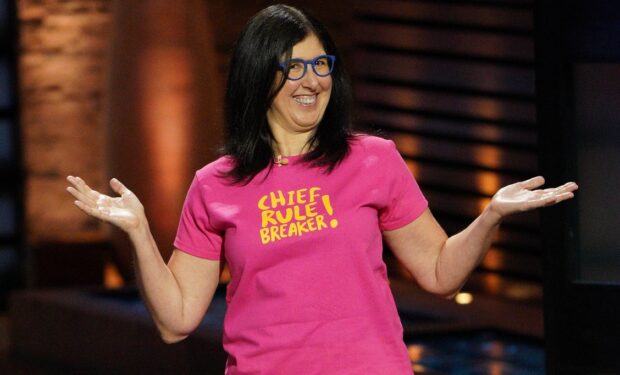 On Season 12 of Shark Tank, entrepreneur Nancy Kalish from Brooklyn, New York, pitches her guilt-free vegan brownies and blondies brand Rule Breaker Snacks. She goes into the Tank seeking an investment of $400,000 in exchange for ten percent equity.

During her pitch (see video below), Nancy cracks herself up when she “breaks all the rules” by throwing traditional (messy) brownie ingredients – eggs and butter — against a poster board to make the point that they’re not in Rule Breaker Snacks. (There is some sugar but not a lot and it isn’t the first ingredient.)

When she announces what the first ingredient is – chickpeas – she can’t look or sound more excited.