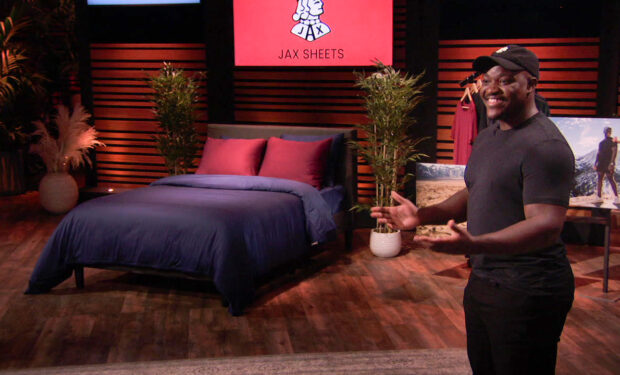 On Season 12 of Shark Tank, entrepreneur Wen Muenyi from St. Paul, Minnesota pitches his innovative self-cleaning bedding brand Jax Sheets. They’re designed so a person can sleep comfortably all year round without having to change the sheets.

Bamboo and silver are the two main “ingredients” in Jax Sheets. Note: Silver “is naturally oligodynamic, which means that it can neutralize bacteria and stop its growth.”

According to its Kickstarter campaign, Jax Sheets are “engineered for men” based on a study that revealed “men generally sweat more than their female counterparts.” (But don’t try telling that to a menopausal woman with night sweats!) And another study revealed that men ages 18-25 wash their sheets only four times in a year.

So Jax Sheets could be a great fit for a billionaire (Mark Cuban) who has already invested in similar “engineered for men” products and brands including Dude Wipes and Manscaped.