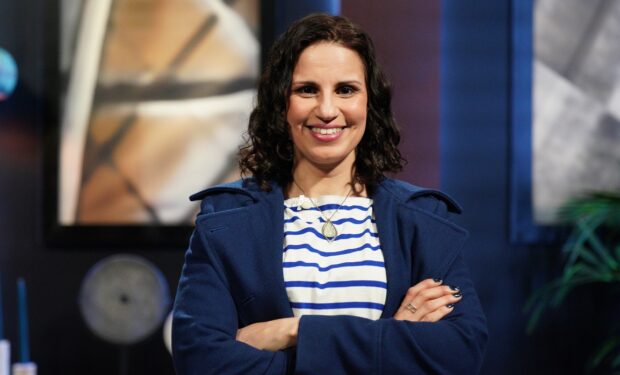 On Season 12 of Shark Tank, New England entrepreneur and mom Dahlia Rizk pitched her company Buckle Me Baby Coats. It’s a line of children’s winter coats that look like traditional puffy winter coats but are designed with openings so parents can more easily and safely buckle a child into a car seat.

Dahlia went into the Tank seeking an investment of $100,000 in exchange for ten percent equity.

She had the good fortune of pitching in front of clothing retail guru Daymond John (father of a toddler), who offered her $100,000 for 20 percent equity and 30 percent of all licensing deals, which he will help negotiate.

After accepting Daymond’s offer, Mark Cuban told her: “You’re going to make millions of dollars on this literally.”

The Shark Tank episode originally aired in December 2020. Since then, Dahlia has been admittedly a little quiet on social media. She recently broke the silence to report that she and Buckle Me Baby Coats will be featured on the popular talk show The View on Monday, February 8 am EST.