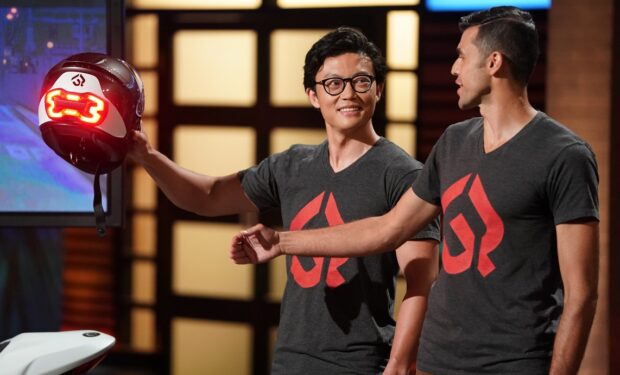 On Season 12 of Shark Tank, two engineers from Littleton, Colorado, Henry Li and Alex Arkhangelskiy, pitched Brake Free, a smart LED brake light that can attach to the back of any motorcycle helmet. The idea behind the design is to allow vehicles behind the motorcyclist to see its brake light at eye level.

They left the Tank with a $200,000 investment (in exchange for 20 percent equity) from motorcyclist enthusiast Robert Herjavec and billionaire Mark Cuban.

The Shark Tank episode originally aired in mid December 2020. In January 2021, the company announced that the Brake Free is back in stock and ready to take more orders, and that their helmet won the MIC Gas Tank Award at the AIMExpo in January 2021.

At the moment, Brake Free is only available in the United States but the company reports that it’s working on global distribution.