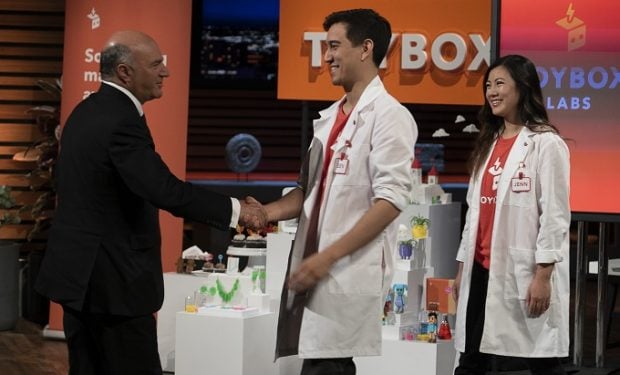 They went into the Tank seeking an investment of $150,000 in exchange for 5 percent equity, and accepted Kevin “Mr. Wonderful” O’Leary’s offer of $150k for 13 percent with 2 percent in advisory shares.

O’Leary mentioned wanting to license the Toybox technology and that’s exactly what the company has been busy doing since the Shark Tank originally aired in March 2019.

In March 2020, Toybox Labs announced its first licensing deal. Toybox users are now able to print out 3D versions of characters from the Dennis & Gnasher show, a popular series in the UK produced by London-based Beano Studios.

And in October 2020, Toybox Labs announced it received an investment from Legendary Ventures, “to help drive global retail sales, marketing, and distribution opportunities as part of Toybox Labs’ omni-channel globalization strategy.” Toybox Labs has raised $2 million and reportedly expect to reach $24 million in revenue in 2021.