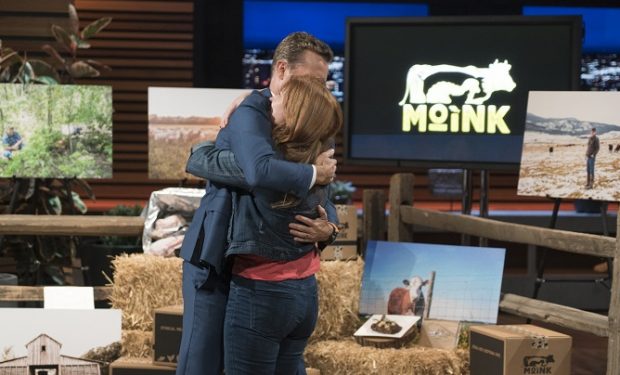 Lucinda presented in front of Kevin O’Leary — who invested in the food subscription delivery company Plated which sold for $300 million and who made her an offer — but instead she accepted an investment ($400,000 in exchange for 20 percent equity) from guest Shark Jamie Siminoff, founder of Doorbot, which famously didn’t get a deal on Shark Tank but was later sold to Amazon for $1 billion. (It’s now called Ring.)

After the Shark Tank episode originally aired, when Lucinda shared the photos above of Jamie at the farm, she wrote he “has been a better investor than I could have ever imagined…a true pit bull in our fight for the family farm.” He even bought a farm in town!