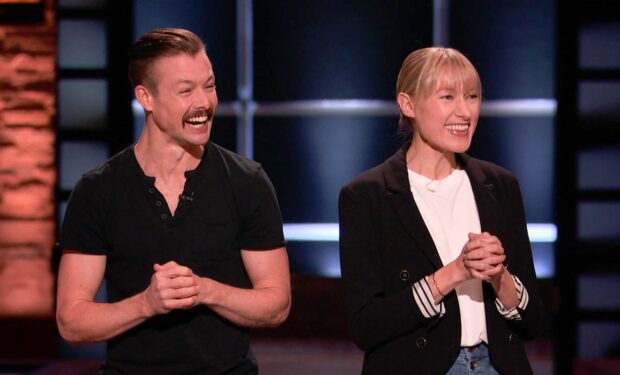 Each 3 oz. package of Slice of Sauce includes 8 slices — making it easy to layer onto burgers and sandwiches. Some say Slice of Sauce is “the best thing since sliced cheese!”

Based on the photos below, it appears guest Shark Alex Rodriguez (former MLB New York Yankees World Series champion and current fiance of Jennifer Lopez) likes the product. Look at those pearly whites!

But don’t count out Kevin O’Leary as a potential investor of Slice of Sauce.

On Season 10 of Shark Tank, Mr. Wonderful invested $45,000 in Saucemotos, the in-car clip designed to hold take-out ketchup and dipping mustard containers while eating and driving.