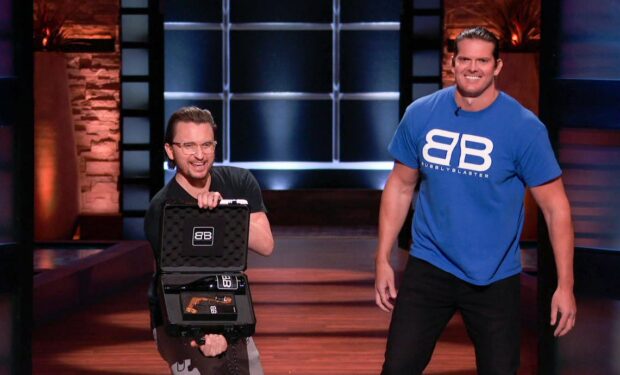 Bubbly Blaster is a patented party product designed to spray champagne and with less mess. The gun sprayer device attaches to any champagne bottle and claims to turn it “into a long-lasting champers cannon!” The throttling trigger is “for controlled spray up close or long distance up to 30 feet.”

When the two entrepreneurs behind Bubbly Blaster — Stason Strong and Bradley Hall — pitched their bubbly business on Season 12 of Shark Tank and handed out samples, they made sure to give billionaire and 2011 NBA Champion Mark Cuban (owner of the Dallas Mavericks) a Gold Bubbly Blaster.

The Bubbly Blaster, which retails for $99.99, also comes in Rose Gold, Hot Pink, Black, and White.

Other bonuses of Bubby Blaster: it can be used one-handed, works as a bottle stopper to preserve any unused champagne, and can hold a phone cradle or GoPro video mount “to capture your blasting action first-hand.”