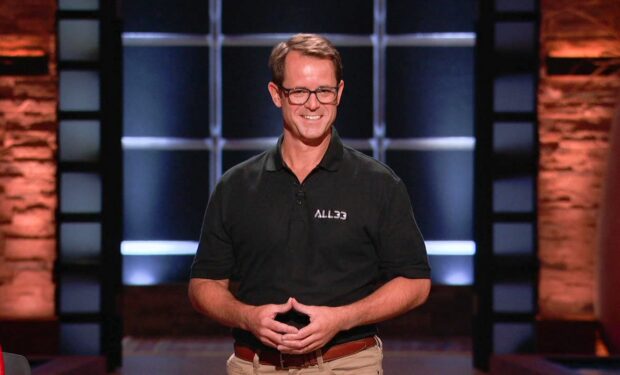 Bing Howenstein of ALL33 on SHARK TANK (ABC)

William “Bing” Howenstein of Boulder, Colorado is the entrepreneur behind the office chair brand ALL33. The number 33 is a reference to vertebrae — the 33 individual bones that interlock with each other to form the spinal column.

The seat of the ALL33 chair moves like a cradle which allows the saddle of the chair “to react ergonomically, giving you lower thoracic support and ideal posture – reducing neck and shoulder pain.”

Howenstein produced the 1999 romcom The Bachelor starring Renee Zellweger and Chris O’Donnell, which is based on Buster Keaton‘s 1925 silent movie Seven Chances.

It’s about a single man (O’Donnell, Scent of a Woman) who learns the day before his 30th birthday that he will inherit $100 million from his late grandfather but only if he gets married before turning 30.

After botching his marriage proposal to his girlfriend (Zellweger, Judy, Cold Mountain), he dates a number of women (portrayed by Mariah Carey, Brooke Shields, Sarah Silverman, to name just a few) before reuniting with Zellweger. The late great Hal Holbrook and Ed Asner also star.