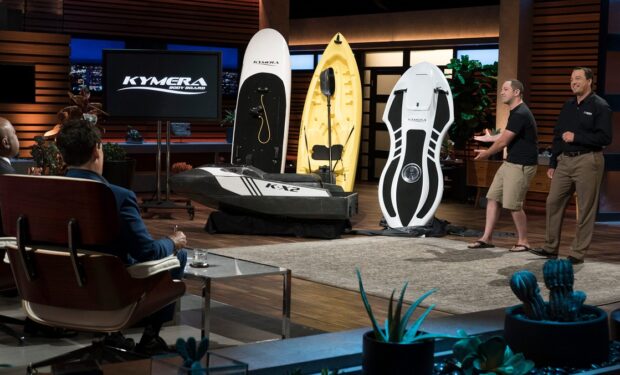 Kymera Body Board sells lightweight electric jet body boards. The founder of Kymera, Jason Woods of Rancho Cordova, California, got a second chance to pitch his outdoor recreational equipment business on Shark Tank. He didn’t get a deal for his prototype on Season 5 but after taking the Shark’s advice, he made some drastic changes, and tried again on Season 10.

On his second try, he went into the Tank seeking an investment of $250,000 in exchange for five percent equity.

Since then, Kymera continues to sell its body boards and is taking reserve orders for its kayaks and surfboards and personal watercrafts. And Kymera is now making robots! Check out Kymera’s robot Tracer below which will be featured in an upcoming episode of Battlebots, which is back for Season 5 on Discovery.