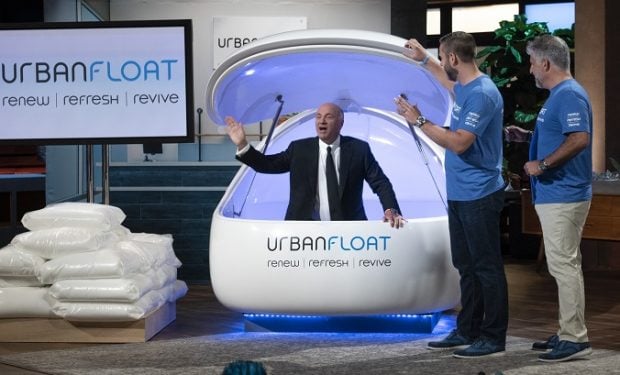 Urban Float is a sensory deprivation tank that’s designed to renew, refresh and revive those who spend time (60 minutes) in the pod which is filled with warm water and Epsom salts. The two entrepreneurs behind the health and wellness brand, Scott Swerland and Joe Beaudry, pitched their business on Season 10 of Shark Tank.

They went into the Tank seeking an investment of $500,000 in exchange for five percent equity. Sales the year before were $1.1 million; and they want to expand their franchise business.

They had the good fortune of pitching Urban Float in front of guest Shark Matt Higgins, who says players on his NFL team, the Miami Dolphins, use such tanks to recover from injuries.

At the end of the pitch, they accept Higgin’s investment of $500k in exchange for 12.5 percent but after the show, it’s been reported that Urban Float “walked away from the deal.”