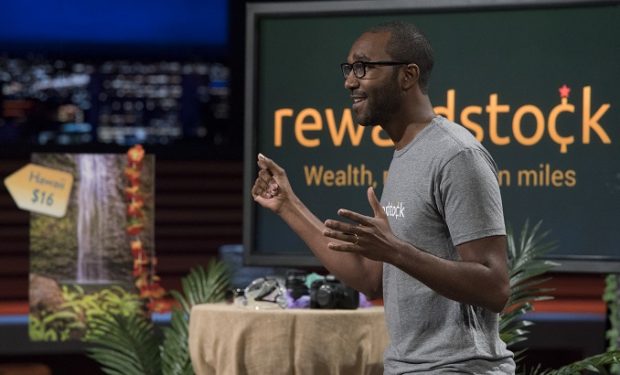 RewardStock is a travel app designed to help customers redeem airmiles and hotel travel points and save money when booking trips. Revenue is made via member subscription ($29). The founder of the company, former Citigroup Wall Street investment banker Jon Hayes of Raleigh, North Carolina, pitched his business on Season 10 of Shark Tank.

The Princeton grad went into the Tank seeking an investment of $200,000 in exchange for five percent equity. He left the Tank with a deal with billionaire Mark Cuban: $320,000 for 10 percent and 1 percent advisory shares.

While the website reads: “We’ve reached our capacity and are not currently accepting new members,” Hayes reports that he sold RewardStock to Experian, one of the largest credit-reporting companies in the U.S. Hayes says Cuban’s advice was “really valuable, and said they have kept in touch following the sale.”