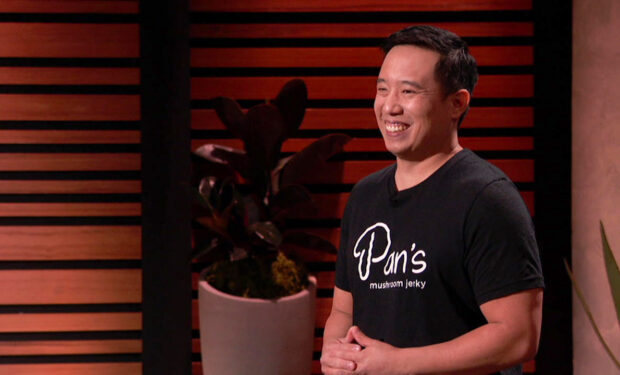 On Season 12 of Shark Tank, entrepreneur Michael Pan from Portland, Oregon tries to sell the Sharks on his vegan version of a classic grab-and-go snack, Pan’s Mushroom Jerky. The plant-based, vegan, paleo-friendly, soy-free, gluten-free product is made from shiitake mushrooms which have a “satisfying meaty texture that herbivores crave and carnivores love.”

Michael is pitching his jerky in front of new vegetarian billionaire Mark Cuban (who’s been investing a lot in vegan snacks including Wanna Date) and Daymond John who in 2015 invested $100,000 in Three Jerks Jerky which is made of filet mignon.