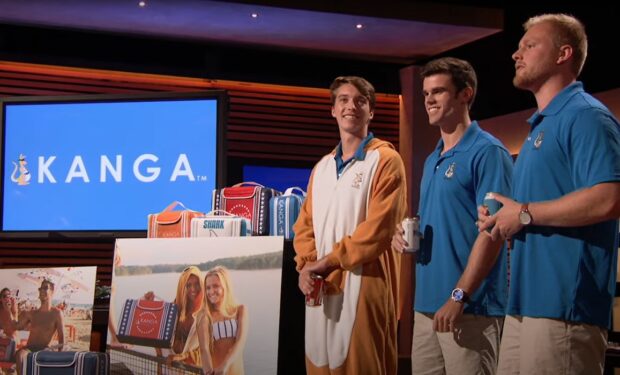 Kanga is a brand of soft insulated coolers to transport and keep beverages cold. The three Clemson students who created the Kanga were inspired by koozies — insulated wraps people keep cans of beer in – and set out to make one big koozie for a case of beer. Without ice, a Kanga can keep beverages cold for five hours. Kanga was pitched on Season 10 of Shark Tank in March 2019.

They went into the Tank seeking an investment of $100,000 in exchange for 10 percent equity. They accepted a deal with billionaire Mark Cuban: $100,000 for 20 percent. [Related: 27 Favorite ‘Shark Tank’ Products at Amazon — New List]

In August 2020, Kanga rolled out a new collection with new designs and featuring a magnetic flap closure.