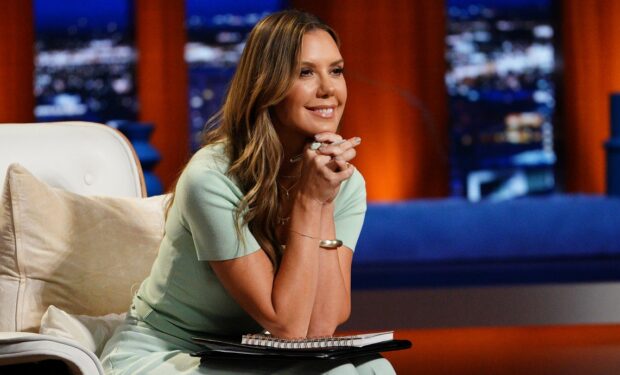 On Season 12 of Shark Tank, guest Shark Kendra Scott makes history on the entrepreneurial show. She joins two other female Sharks in the Tank – a first for the series. In the past there have been, at most, two female investors on the set. Kendra makes three!

Kendra Scott is a fashion designer and CEO of Kendra Scott, LLC, which she founded in 2002. The $1 billion brand sells jewelry, home accessories, nail polish and beauty products at its retail stores (there are more than 100). Her staff of more than 2,000 is 95 percent female.

In 2017, Berkshire Partners became an investor but that doesn’t mean she’s ready to sell Kendra Scott, LLC, yet. In an interview with her local newspaper, The Dallas Morning News, Scott said: “I think about Kate Spade often and how she sold her name.”

She means it as a cautionary tale. The late great handbag and accessories designer Kate Spade sold her eponymous luxury brand Kate Spade New York to Neiman Marcus (56 percent in 1998; the rest in 2007). In 2015, Spade launched a new brand, Frances Valentine, but it didn’t reach the global success of Kate Spade New York.