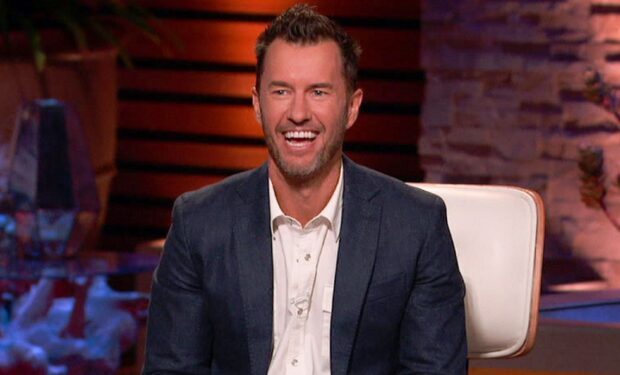 Blake Mycoskie, founder of TOMS Shoes, is the guest Shark on the Season 12 premiere of Shark Tank. Founded in 2006, TOMS has reached sales of $500 million a year and has donated more than 96 million shoes to children in need around the world. (For every pair of TOMS shoes sold, one pair is given for free.)

After growing the business for eight years, the 44-year-old entrepreneur and philanthropist sold his half of the company in 2014.

Blake is now launching a new company called Madefor which he says is designed to “teach everyone habits and practices that can transform their lives.”

In the Shark Tank profile video above, Blake says he’s excited to compete with the other Sharks — he competes on the show with Mark Cuban, Lori Greiner, Kevin “Mr. Wonderful” O’Leary and Daymond John.

Blake says: “Many people known me as this do-gooder but I’m really competitive.” And he wrote in the post above that his Shark Tank experience has “really fired up my competitive spirit.”