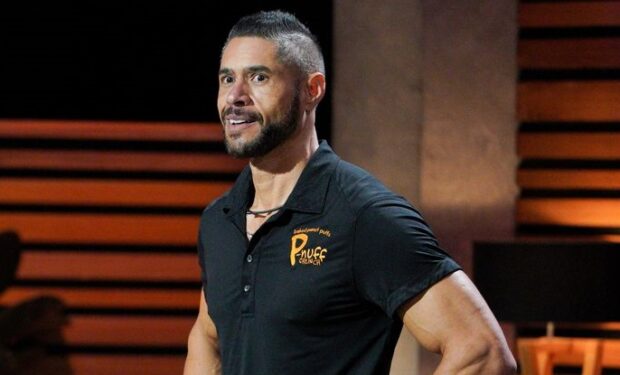 The creator of P-nuff Crunch, Dr. Juan Salinas, is pitching his snack business on Season 12 of Shark Tank. During his pitch, the West Orange, New Jersey resident will reveal his competitive body builder physique on the show. See photo above.

According to LinkedIn, Dr. Juan Salinas earned his Bachelor’s and Master’s degrees, and PhD from Rutgers University in New Brunswick, New Jersey. So, yes, he earned the doctor title. Juan also earned his MBA in Entrepreneurial and Small Business Operations from Rutgers this year!