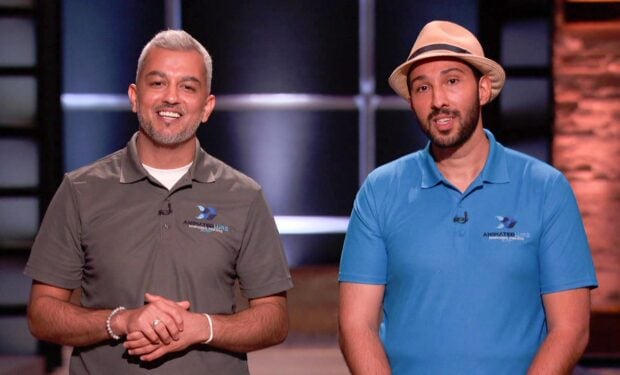 On Season 12 of Shark Tank, two entrepreneurs from Plano, Texas – Sobhan Sanaee and Kanz Kayfan – try and reel in the Sharks with their inventive approach to fish luring. It’s a rechargeable robotic lure that “swims on its own” and mimics a real fish’s swim patterns.

Sobhan and Kanz go into the Tank seeking an investment of $350,000 in exchange for ten percent equity.

All eyes are on Mark Cuban as the billionaire has invested in two fishing brands on Shark Tank: $80,000 in World Record Striper Company’s RattleSinker, a piece of fishing tackle that acts like a fish call; and $80,000 in Shell Bobbers, fishing bobbers made of empty shotgun shells (now Fishing Ammo).

But don’t count out Daymond John: the outdoorsman invested $120,000 in Line Cutterz (a ring with a built-in blade to cut fishing line).

One big obstacle AnimatedLure faces is the competition. There are several brands selling similar products and for under $29.99.