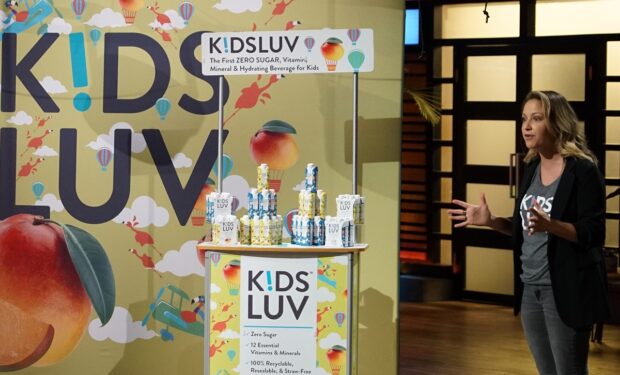 On Season 11 of Shark Tank, entrepreneur and mother of three Ashi Jelinek pitched her beverage brand KidsLuv. She went into the Tank seeking an investment of $200,000 in exchange for eight percent equity (a $2.5 million valuation), and revealed that she had already raised $1 million to bring her healthier juice alternative for kids to market.

Ashi didn’t get a deal on Shark Tank (the episode originally aired in March 2020) but as she says in the post-Shark Tank video below, “I definitely learned so much from the experience and I’m so appreciative of that. And the one thing I’ve really learned is to never give up.”

KidsLuv is now available in more than 1600 CVS Pharmacy stores across the country — including new flavor Peach Me, I’m Orange! — and at Walmart!