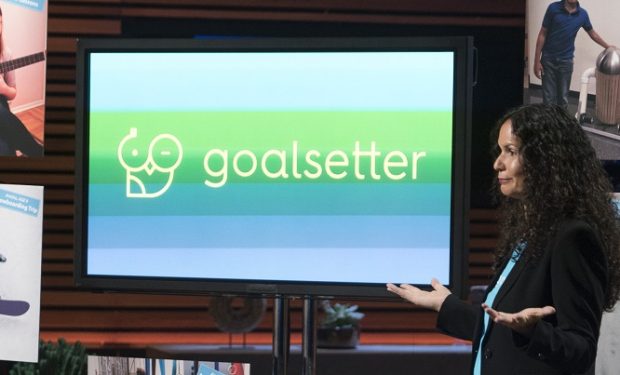 Goalsetter is a savings and gifting online platform to help kids learn to save money. The idea is to get kids excited about saving money and it lets families and friends give meaningful gifts that support their big dreams (e.g. college) and smaller dreams (e.g. a new bike). The founder of Goalsetter, former Nickelodeon executive and mother of two Tanya Van Court from Brooklyn, New York, pitched her business on Season 10 of Shark Tank.

Mr. Wonderful offered Tanya $200,000 for 25 percent. After he rejected her counter offer of 8 percent equity, Tanya left the Tank without a deal.

The Goalsetter/Shark Tank episode originally aired in March 2019. A lot has happened in the world since then.

In Summer 2020, Tanya announced that she’s working on a debit card for teens called Cashola, “from a Black-owned, female-run company” and one that supports Black Lives Matter with “each limited edition Black power card.” See above.

Shark Tank airs Fridays at 8 pm and Saturdays at 9 pm on ABC.