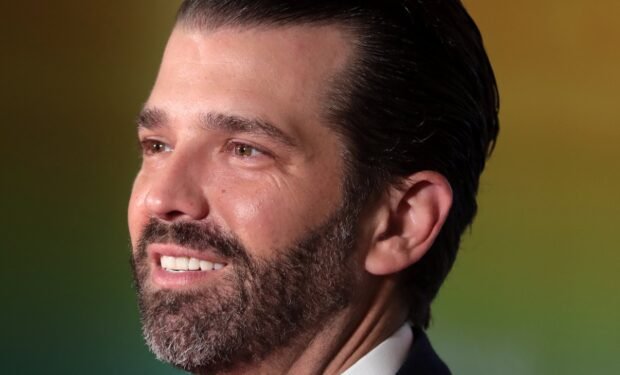 Donald Trump, Jr. is promoting his new book Liberal Privilege and self-proclaimed “billionaire heiress” and “business bombshell” Andrea Catsimatidis threw a book party in his honor. The Manhattan Republican Party Chair posed with Don, Jr. and his girlfriend Kimberly Guilfoyle (see below) and wrote: “So great to see two of my favorite patriots.”

Andrea followed up that post with the string bikini video below set to the Ariana Grande song Dangerous Woman.

In the red bikini video below, Andrea explains why she’s so patriotic and tells the story of her father John Catsimatidis, “a poor immigrant, but a legal one” who “learned English from a 6-inch television set and his father worked seven days a week as a busboy so my dad could go to college.”

Andrea’s father John with Donald Trump at the opening of Commerce Bank in Manhattan, 17 years ago…