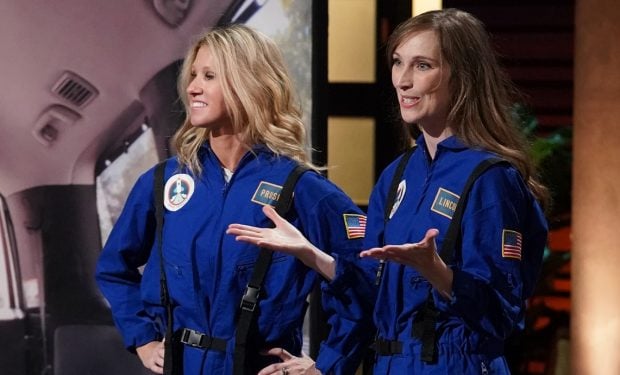 The Space Traveler is a small pop-up tent designed as a car seat separator for children who sit in the back seat. The two entrepreneurs (and moms!) behind Space Traveler, Krissy Pruske and Rachel Lincoln of San Antonio, Texas, pitched their prototype on Season 11 of Shark Tank.

They went into Tank seeking an investment of $100,000 in exchange for 33 percent equity. Barbara Corcoran agreed to give them $100k for 33 percent and a $2 royalty until she got her money back.

After appearing on Shark Tank (the episode originally aired in January 2020), even amid a pandemic, Krissy and Rachel were able to get the Space Traveler produced and are accepting First Edition Shark Tank pre-order sales (each unit retails for $39.95) and are fulfilling orders as we write!

Krissy and Rachel have also received a lot of interest in adapting the Space Traveler for air travel as seen in the post above.

“We have been thinking about this since the beginning, but now have a renewed sense of urgency to make some design tweaks and seek FAA approval.”

Shark Tank episodes air on ABC on Fridays at 8 pm and Saturdays at 9 pm.