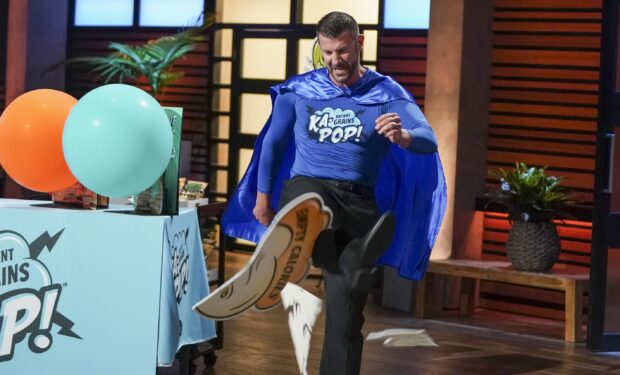 While the Sharks loved the taste of Ka Pop! (watch the clip below), only one made an offer.

Kevin “Mr. Wonderful” O’Leary offered Dustin $350,000 for 17.5 percent equity, which Dustin deemed too much so he declined the offer.

The Ka Pop! Shark Tank episode originally aired in January 2020. Since then, Ka Pop! chips — and Puffs! — continue to get five-star rave reviews from repeat customers. As one wrote: “Vegan Cheetos at its finest!” Shark Tank airs Fridays at 8 pm on ABC.