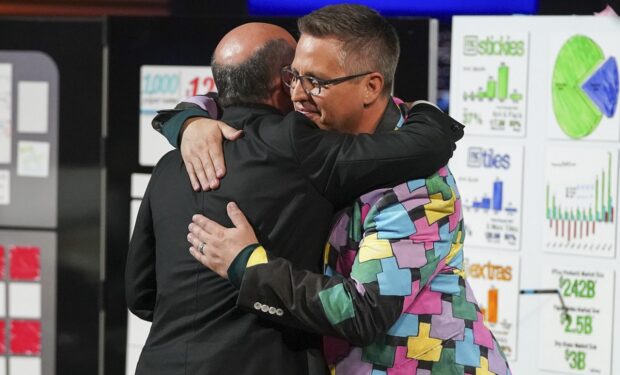 mcSquares is a company that has turned the traditional office whiteboard into a more functional, interactive and eco-friendly office product. mcSquares sells personal whiteboards that can be used by individuals during a meeting.

When one person writes down an idea, it can be shared for all to see. mcSquares’ reusable “Stickies” which are used on the whiteboards (and can stick on most surfaces) are designed to replace the traditional one-use yellow square sticky note pads made of paper. [Related: 27 Favorite ‘Shark Tank’ Products at Amazon]

The founder of mcSquares, Anthony Franco of Denver, Colorado, pitched his business on Season 11 of Shark Tank.

After the episode first aired on May 15, 2020, Franco told his local newspaper that he was surprised with the outcome.

“Kevin O’Leary has that persona, and I thought he was going to be the hardest on me and not understand the deal. We’re a creative company, and he’s a finance guy, which feels like oil and water, but he really got us.” With O’Leary’s backing, Franco predicts mcSquares will make more than $3 million in sales this year.

This Shark Tank is re-airing on Saturday, July 11 at 9 pm on ABC.