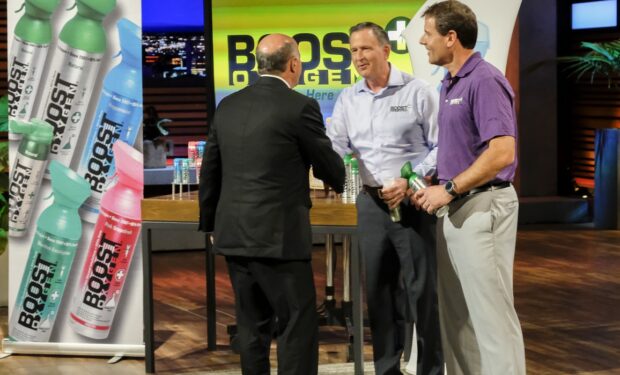 On Season 11 of Shark Tank, two entrepreneurs from Milford, Connecticut, Mike Grice and Rob Neuner, pitched Boost Oxygen, a company that sells portable cans of oxygen for recreational use. The product comes in 5 liter cans and is available in four flavors/scents: natural, peppermint, pine grapefruit and eucalyptus.

The Shark Tank episode originally aired in October 2019. Since then, “Mr. Wonderful” has been doing his part by getting on TV (including QVC) and promoting Boost Oxygen as seen above.