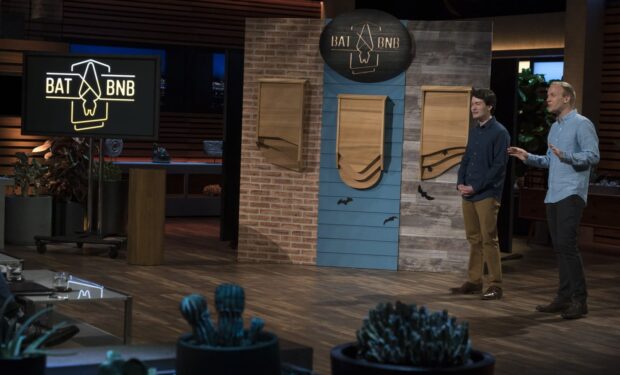 On the Season 10 finale of Shark Tank, two Kentucky natives Chris Rannefors and Harrison Broadhurst pitched their anti-mosquito product, BatBNB. They design and built bat houses (bats are known to eat up to 1,000 mosquitoes in one hour) that can house up to 100 bats. Prices range from $105 to $350 per house.

When not fulfilling orders, BatBNB is winning well-deserved recognition. In February 2020, Rannefors and Broadhurst were recognized by Forbes Under 30 in their 2020 Social Entrepreneurs category, and in April 2020, BatBNB was awarded an honorable mention in the Consumer Products AND General Excellence categories as part of Fast Company 2020 World Changing Ideas Awards!

Note; The BatBNB Shark Tank episode originally aired in May 2019.